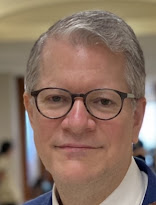 James (Jim) Sullivan is an experienced Houston Juvenile Defense Attorney. For over 25 years, Sullivan has fought the government in jury trials on behalf of children in courts throughout southeast Texas.

James Sullivan has a good reputation in the legal community. Sullivan is humbled by fine lawyers who endorse him on AVVO. He is also very grateful for clients who write testimonials on his behalf. Sullivan has a proven record of defending juveniles of all ages, faiths and countries in courts throughout Texas.

James Sullivan chose to become a juvenile defense lawyer. It was not by accident. Fighting the government and defending people come natural to him—he was born into a diverse, dynamic family of conservative Baptists and liberal social activists. Unlike some colleagues who practice juvenile law, Sullivan has never prosecuted anyone and never will. That is not him. His practice is devoted to defending children accused of delinquency.

Board Certified in Juvenile Law

Cares About His Clients

James Sullivan cares about his juvenile clients and is concerned about their future. For him, defending children is a calling. His path through life has given him a unique understanding of the injustices that happen to many juveniles, many of which are beyond their control, and has also given him a big heart to care for his clients. Sullivan understands and relates to juveniles in a way that few attorneys can.

James Sullivan counsels with juvenile clients at his office for a minimum of one hour. He listens to their concerns, answers all of their questions and discusses legal strategies. He also explains how a juvenile conviction could affect them and how to stay on the right path for a successful life. Sullivan draws from his own life story to encourage and inspire his clients to succeed.

Thank you Mr. Sullivan for representing our son, your knowledge of juvenile law and understanding of teenagers is unquestionable. ... Jim connected with our son immediately. It was apparent he cared about him as a whole person, not just the kid who suddenly found himself in trouble. He was more than just a lawyer to my son. He shared his own experiences and his positive attitude about life and relationships. Jim is not only a good lawyer but a good role model for our children. Posted on Avvo on June 7, 2012.

Because Sullivan understands that parents need to honor work and family commitments, he offers early evening, weekend and same day appointments along with free parking.

James Sullivan gets results. Since 1994, Sullivan has defended more than 1,500 juveniles charged with every kind of misdemeanor and felony offense, including manslaughter, robbery, drug possession, and domestic assault.

James Sullivan practices juvenile law with a simple philosophy. If a client says he is not guilty, and if the prosecutor will not dismiss the charge, then Sullivan advises his client that they should fight the case at a jury trial. Unlike many other attorneys, Sullivan does not try to convince an innocent person to plead guilty. Instead, Sullivan fights for his clients’ rights, freedom and reputation.

Legal Services for a Reasonable Fee

James Sullivan offers a full range of legal services in his juvenile defense law practice. Sullivan charges separate fees on trial and non-trial cases. Unlike court-appointed attorneys, Sullivan only tries cases to a jury. Sullivan also has the distinction of having won felony jury trials in each of the three Harris County juvenile district courts. These trials were for aggravated sexual assault of a child, deadly conduct, burglary of a habitation and assault against a public servant.

If your son or daughter is under investigation for or has been charged with a delinquency, call Houston Juvenile Lawyer James Sullivan to discuss your child's case. Sullivan generally tries to answer his own phone so that you can speak to an attorney directly. He wants to hear from you and to help you. Call him right now. Don’t go to court alone.

Houston Juvenile Attorney James Sullivan is fluent in Spanish and English, having studied Journalism, Latin American and Asian Studies at Baylor University.  He graduated with honors in 1990. He then studied at the University of Mexico and traveled throughout Mexico prior to entering law school. In 1993, he graduated from South Texas College of Law. He and his wife Araceli have been married over 25 years and have two children. They worship at a Catholic Church. James Sullivan is also an Eagle Scout.

All Juvenile Cases Including

In this post, James Sullivan describes a recent jury trial win in Harris County juvenile court– On July 11, I tried a felony deadly ...